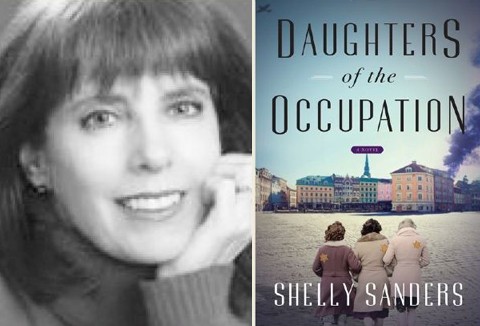 Shelly Sanders Greer is an established journalist with articles in national publications including the Toronto Star, National Post, Maclean’s, Canadian Living, and Reader’s Digest.
Shelly Sanders’ first novel, Rachel’s Secret (Second Story Press, 2012), received a Starred Review in Booklist: "In an artful way throughout this absorbing, chilling tale, characters wonder what can stop the tragedy of hatred from overcoming community, a question that will prompt readers to wonder the same."

Rachel’s Secret was also an iTunes Book of the Week, and was named a Notable Book for Teens for the 2013 Sydney Taylor Book Awards, from the Association of Jewish Libraries. Two more award-winning novels followed, Rachel’s Promise (2013) and Rachel’s Hope (2014) completing The Rachel Trilogy.

Sanders was chosen as a TD Canada Book Week Author in 2015; she toured schools and libraries in Manitoba, talking about the history behind her books and the writing process. Rachel’s Hope was a Notable Book for Teens for the 2015 Sydney Taylor Book Awards, and was shortlisted for the prestigious Vine Awards for Canadian Jewish Literature in 2016.
She lives in Toronto with her husband and two dogs, and has a revolving front door for her three children who keep returning to their nest.
On one extraordinary day in 1940, Miriam Talan’s сomfortable life is shattered. While she gives birth to her second child, a son she and her husband, Max, name Monya, the Soviets invade the Baltic state of Latvia an occupy the capital city of Riga, her home. Because the Talans are wealthy Jews, the Soviets confiscate Max’s business and the family’s house and bank accounts, leaving them with nothing.

Then, the Nazis arrive. They kill Max and begin to round up Jews. Fearing for her newborn son and her young daughter, Ilana, Miriam asks her loyal housekeeper to hide them and conceal their Jewish roots to keep them safe until the savagery ends.
Three decades later in Chicago, twenty-four-year-old Sarah Byrne is mourning the untimely death of her mother, Ilana. Sarah’s estranged grandmother, Miriam, attends the funeral, opening the door to shocking family secrets. Sarah probes Miriam for information about the past, but it is only when Miriam is in the hospital, delirious with fever, that she begs Sarah to find the son she left behind in Latvia.

Traveling to the Soviet satellite state, Sarah begins her search with the help of Roger, charismatic Russian-speaking professor. But as they come closer to the truth, she realizes her quest may have disastrous consequences.

A magnificent, emotionally powerful story of family and the lingering devastation of war, Daughters of the Occupation explores how trauma is passed down in families, and illuminates the strength and grace that can be shared by generations.