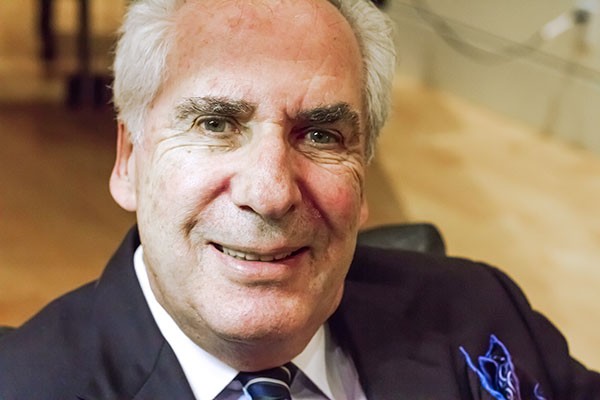 There was nowhere in our community  for developmentally-challenged adults to live, until Stan Tick did something about it.

I had two siblings who had special needs. I came along later and I saw the love that my folks gave to them and to me,  how important community was to them and the importance of being thankful for all the things we had. It gave me the perspective that what’s important is family, being part of a community and being a Jew.

How Beth Tikvah Came Into Being

My dad had passed away. My mother was incapacitated and my responsibility was to look after my two brothers. I tried to keep them in the family home, but that didn’t work because I couldn’t find anyone to look after them on an ongoing basis, keeping them safe and active and making their life happy, enjoyable and relevant. They ended up in a second level lodging home which was very unsatisfactory. They were unhappy, and because they were unhappy, I was unhappy and I wanted better for them. I approached Shalom Village but I was told that they couldn’t be accommodated there. because of their special needs. My choices were either to place them with the Reena Foundation in Toronto or start a place in Hamilton. There was no darn way that I was going to move my brothers to Toronto when their whole life was in Hamilton, so I took it on myself to figure out how we could start a home for developmentally challenged adults in the Jewish community and that led to Beth Tikvah.  This was a terrible void in our community because we didn’t have it. It wasn’t enough to have social events at the Jewish Community Centre; It wasn’t enough to have places where you could go and throw a basketball around and meet; you needed something so that everyone had an opportunity to have a quality of life.

We’re a very small community and if someone gives a $20 donation to the Community Campaign then he or she doesn’t appreciate the importance of our having a healthy, self sustaining community. I see professionals who are blessed because they’re living at a time when there were no quotas on going to school, or on being on staff in a hospital. That just didn’t happen. It happened because of the people that went before us and if we don’t recognize that, shame on us. When you get a professional making a gift of $300 to the Community Campaign then they just don’t understand. The fact that our Communty Campaign has stagnated for the last number of years at a plateau that, no matter how we struggle, is difficult to get over. It really makes you wonder what it takes to make people understand how important our community is, and how little help we have outside our own community.

The Jewish Value That Resonates the Most

I suppose it would be, “If we don’t look after ourselves who’s going to look after us?” The easiest thing is to say, “it’ll get done and no one’s going to let our community go by the wayside.” But I’ll tell you something. If no one steps up to the plate, there’s not going to be a plate to step up to. There won’t be a plate to eat from. There won’t be food to put on the plate because quite frankly, let someone else do it doesn’t work in our community.  We all have our own private personal issues and we’re all absorbed in our own lives which is important but if you don’t make part of the values of your own life looking after others, what legacy are you giving your children?